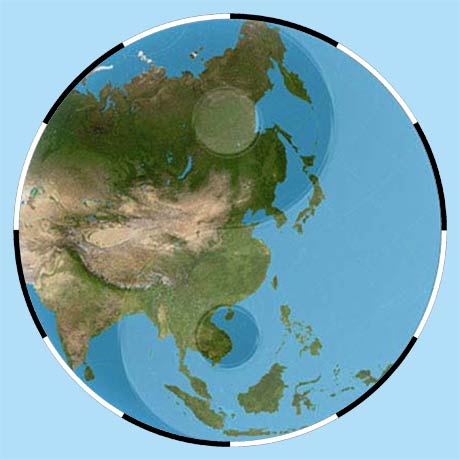 Asie is the third part of Grand Atlas, a cycle in which each of the seven world continents is depicted in an orchestral composition.

The work embarks on a journey that takes us to the archipelago of Japan, the volcanic island of Bali, and finally to the Korean Peninsula, experiencing various weather conditions along the way. There are six sections that succeed each other without a break:

It is inconceivable that the reservoir of orchestral sounds will ever be exhausted. If only because, every now and then, composers apply brilliant changes to the standard line-up. Take for instance Asie by Richard Rijnvos, premièred during the ZaterdagMatinee concert series. In this third part of the cycle Grand Atlas, horn, clarinet, and bassoon remain absent, substituted by cimbalom and prepared piano, providing extra clout.

Rijnvos explicitly brings the traditional music of Japan, Bali and Korea to life, but manages to avoid orientalistic connotations due to serious musicological knowledge. He thus manages to steer clear from the sort of kitsch that sticks to the pleasing music of the Chinese [composer] Tan Dun.

What is most curious is that Rijnvos based most of this part on existing music, meticulously orchestrated and providing an additional prelude, interlude and postlude. Equally curious is that the composer [...] yet again has produced a typical Rijnvos. That is due to the fantastic gamut of timbral mixtures he manages to draw from the orchestra. The imitations of oriental instruments in Asie, incorporating various overtones, are simply fascinating.