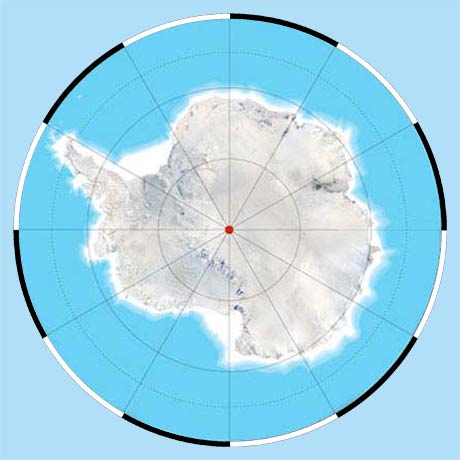 Antarctique is the seventh and final part of Grand Atlas, a cycle in which each of the seven world continents is depicted in an orchestral composition.

The Antarctic cold prevents Earth’s southernmost continent from growing trees. Anyone who reaches the South Pole by skis and dog sled faces snow, ice and wind, for weeks in a row, with no respite. Likewise, Antarctique lacks the luxury of melodies and varied rhythm. It simply survives on a strict ration of chords, cross fades, and regular pulses.

Antarctique originated from site-specific considerations. That is to say, the vast circular concert venue of the first performance, the spectacular gasholder of the Amsterdam Westergasfabriek, defined pretty much every aspect of the work.

The monolithic music, scored for large symphony orchestra, passes through a spiral of harmonies, the complexity of which increases gradually throughout the work by stacking pitches according to the circle of fifths. The harmonies are strung together by means of a ‘cantus firmus’, containing all twelve chromatic notes as well as all possible intervals.

Twelve percussionists, regularly spaced, surround both audience and orchestra, delineating a compass – or rather the Antarctic Circle, the border beyond which, at least once a year, there is a twenty-four hour period with continuous daylight or complete darkness.

At the same time the percussion ensemble forms a live clock in ‘surround-sound’ – we hear time passing along the pitches of a chromatic scale: every five seconds is marked by the next semitone, from the next position, on the next bell. Yet, in Antarctica, our everyday concept of time is being challenged, since all time zones converge in the South Pole. Antarctique concludes by reaching this ultimate magnetic point in time and space: in the last minute we hear time ticking away counterclockwise on twelve woodblocks. The final stroke is heard on all of them, as if all hours of the day collide.

commissioned by and written for

Richard Rijnvos wrote Antarctique especially for the circular Gasholder. [...] His orchestral treatment was impressive: a steady, propelling pulse, like a mysterious signal, brought about an alienating experience of immensity.

Because it is hard to survive on the South Pole ‘[Antarctique] lacks the luxury of varied melodies and varied rhythms’, according to the composer. [...] Again, the result is exceptional music that eschews trends. The circular motion of the chord sequence is always slightly differently and interrupted by wonderfully timed moments of mysterious silence. At the close Antarctique froze dramatically beautiful in time, rattling to a halt on woodblocks surrounding the audience.

In Antarctique, specially composed for this occasion, Richard Rijnvos explores the boundaries of the self-imposed limitation. Just as the South Pole area has no vegetation, this piece has no varied rhythms or melodies, but consists exclusively of chords that enter in a regular pulse [...]. Twelve percussionists, arranged in a circle along the walls, accentuate the chords with strokes that eventually seem to move through space. Within this fairly narrow straitjacket Rijnvos in just over ten minutes realizes a maximum of timbre and variety. 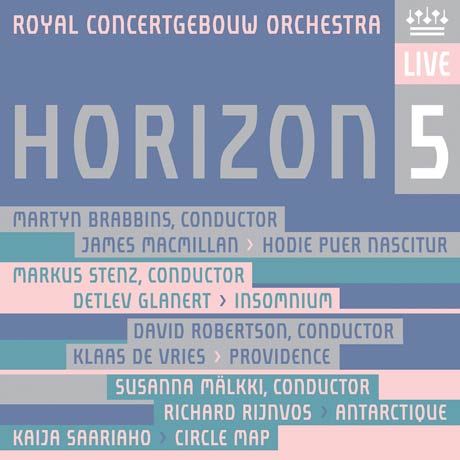