The descriptive titles of his works, which often refer to cities or other locations, do not immediately reveal that Richard Rijnvos (Tilburg, the Netherlands, 1964) is first and foremost a radical composer. Someone who generates tones from non-musical, numerical sources such as magic squares and chessboards — and who loves to endlessly stack melodic lines on top of each other. This rigorous, dispassionate approach produces sensual works that bear a unique signature that is not specifically Dutch.

Rijnvos says that he is not concerned too much with modern music, and that he prefers to listen to masters of previous centuries. Beethoven, Janáček, and Sibelius are some of his favourite composers. Still, the discrepancy between the way these romantics worked and his own modus operandi could not be greater. As he himself says, “The traditional notion of a composer is someone who conceives a musical idea in his head and wants to commit that to paper. I do not envision anything in my head, yet I want to create music. I am fascinated by music that springs to life once you combine certain conditions and allow yourself to observe what happens.


from the introduction of Richard Rijnvos, November Music booklet (2008) by Anthony Fiumara 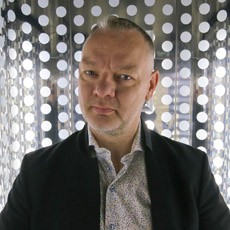 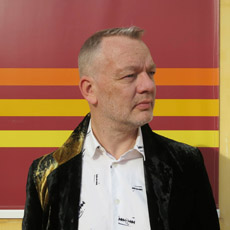 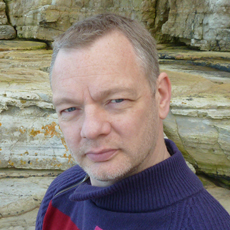 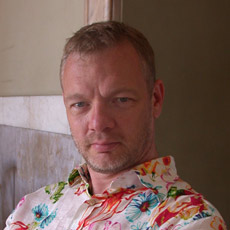 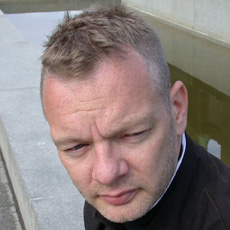 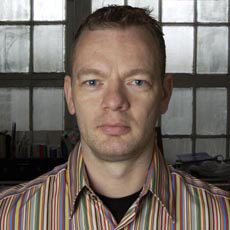 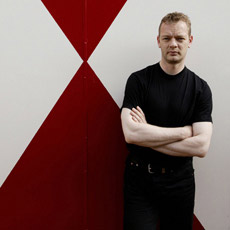 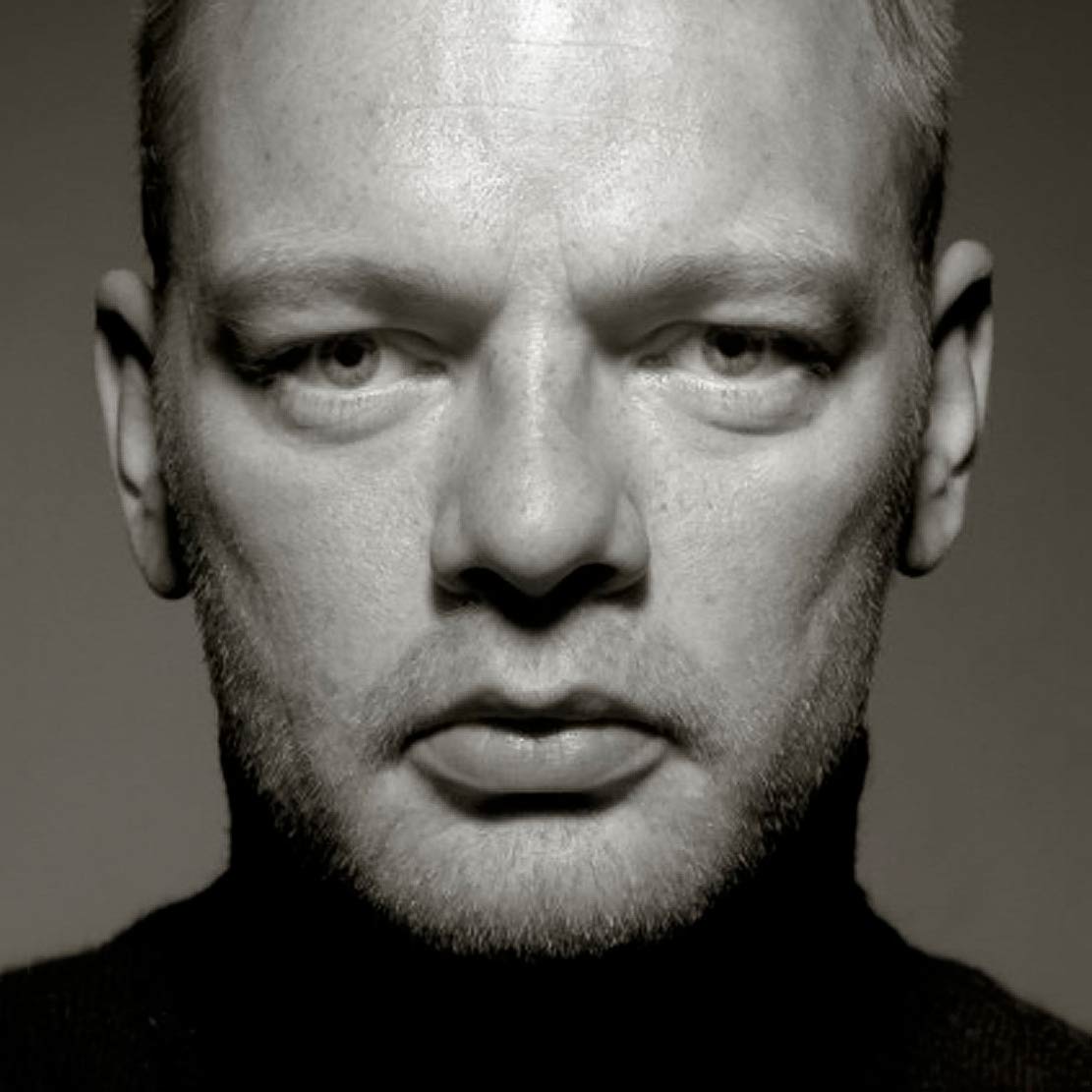 “Style is remarkably instantaneous. Whether we listen to music, admire a painting, read a novel, or watch a film, within mere seconds Style shows itself to be an apposite protagonist. True, it is not easy to put into words what Style is, but that makes reflecting on it all the more fascinating. On the other hand, Style is never the point of departure for my creative process. As I explore new, unknown sounds I travel through many regions, such as: Concept, Design, Structure, Process, Form, Development, Character, Mood, and Meaning. Style is actually the unexpected final destination”.

This is, in his own words, how Richard Rijnvos interprets the numerous manifestations of his music. It is not uncommon for his latest composition to cause some confusion amongst listeners due to the apparent contrast with previous works. Nevertheless, the sculptural stasis of Block Beuys, the iron skyscraper chords in Times Square Dance, the poised calm in acqua alta, the jazz band reminiscences in NYConcerto, the contemplative theatricality of mappamondo, the feathery suppleness of Riflesso sul tasto, the slow harmonic vaporization in Riflesso sull’acqua – one by one these pieces originated from the same mind, setting off on an expedition towards 'terra incognita'.

Born 1964 in Tilburg (the Netherlands), Richard Rijnvos studied composition with Jan van Vlijmen and Brian Ferneyhough at the Royal Conservatoire in The Hague. After finishing these studies summa cum laude he received a DAAD scholarship with which he followed a postgraduate at the Musikhochschule in Freiburg (Germany). In the summer of 1994 he participated in the International Dance Course for Professional Choreographers and Composers in Bretton Hall (Wakefield, UK). In the period 1986-92 he came in touch with the American composers Morton Feldman and John Cage, who caused crucial changes in his development. There are also a number of distinct extramusical influences from artists such as William Burroughs, Samuel Beckett, Joseph Beuys, Italo Calvino, Ernst Jandl, and Richard Serra.

Since 1993 Richard Rijnvos concentrates on the realisation of compositions that are part of larger series. Between 1995 and 2000 he created the eighty-minute cycle Block Beuys. Modelled on the Darmstadt collection with the same name, which consists of objects by the German visual artist Joseph Beuys, he dedicated a piece of music to each of its seven rooms. Late 2008 Richard Rijnvos completed Uptown|Downtown, thought of as an evening-long dance production in six movements about urban life in New York City. This metropolitan panorama includes the award-winning NYConcerto as well as the triptych Manhattan Square Dances. Another cycle of works dedicated to an enthralling city is la Serenissima, in which we encounter the lesser-known, often dark sides of Venice. Currently comprising over five pieces, more works are to be included in years to come. In 2007 the composer started a new series-in-progress called Riflessi, which consists exclusively of companion pieces: each Riflesso explores the same non-standard scoring of an existing classic from the past. And last but not least is Grand Atlas, a cycle started in 2011, in which each of the seven world continents is depicted in an orchestral composition. Completed so far are Amérique du Nord, Asie and Antarctique.

Richard Rijnvos has been featured as central composer at the Huddersfield Contemporary Music Festival 2004, the "Rijnvos Week" at the Royal Conservatoire (The Hague) in 2008, and during the Festival November Music 2008 (Den Bosch & Ghent). During the concert season 2010-11 he acted as Composer in Residence at MCO, the Netherlands Broadcasting Music Center, including collaborations with the Netherlands Radio Chamber Philharmonic and the Netherlands Radio Philharmonic Orchestra during the ZaterdagMatinee concert series in the Amsterdam Concertgebouw. This residency also included a studio recording for CD of the complete Uptown|Downtown cycle, plus the filming of a TV documentary, shot in Venice and Amsterdam. In September 2011 Richard Rijnvos started a long-term residency with the Royal Concertgebouw Orchestra.

Richard Rijnvos has received various awards, among which the Perspektief Prize 1989 and an honourable mention during the 1991 Prix Italia for his radiophonic production Radio I (on text by Samuel Beckett). In 2000 the City of Amsterdam awarded him the Matthijs Vermeulen Prize, the most prestigious award for composers working in the Netherlands, for Times Square Dance. In August 2008 an international jury voted NYConcerto “the best composition premiered in the Netherlands in the year before”, and it was subsequently awarded the Buma Toonzetters Award. In June 2011 Richard Rijnvos was awarded the Matthijs Vermeulen Prize for the second time, on this occasion for the song cycle Die Kammersängerin.

In October 2009 Richard Rijnvos was appointed Head of Composition in the Department of Music of Durham University. He was awarded a Higher Doctorate from the same UK institution in June 2012, and holds a Chair in Composition since 2014.
Last updated: 15 January 2017 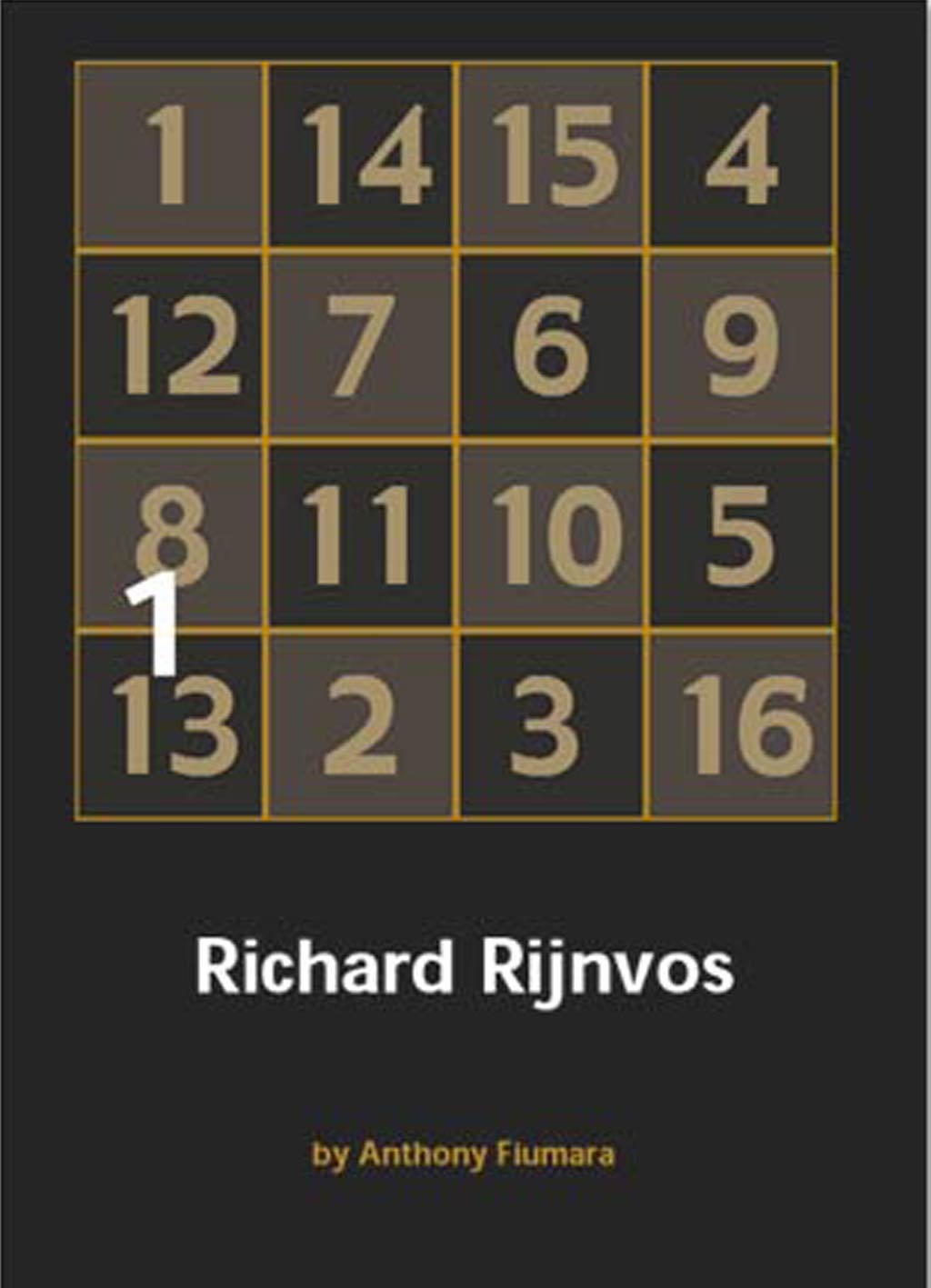 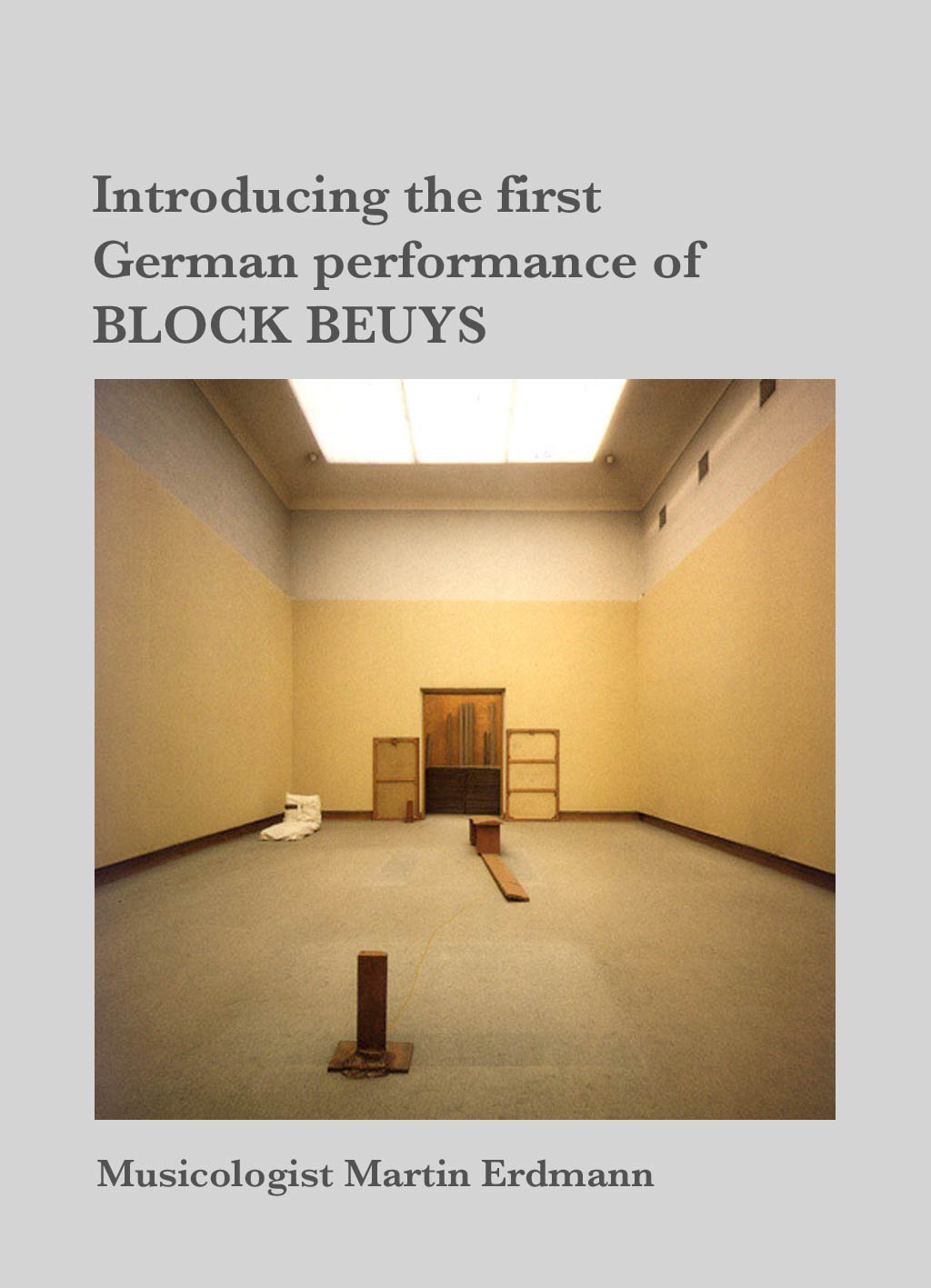 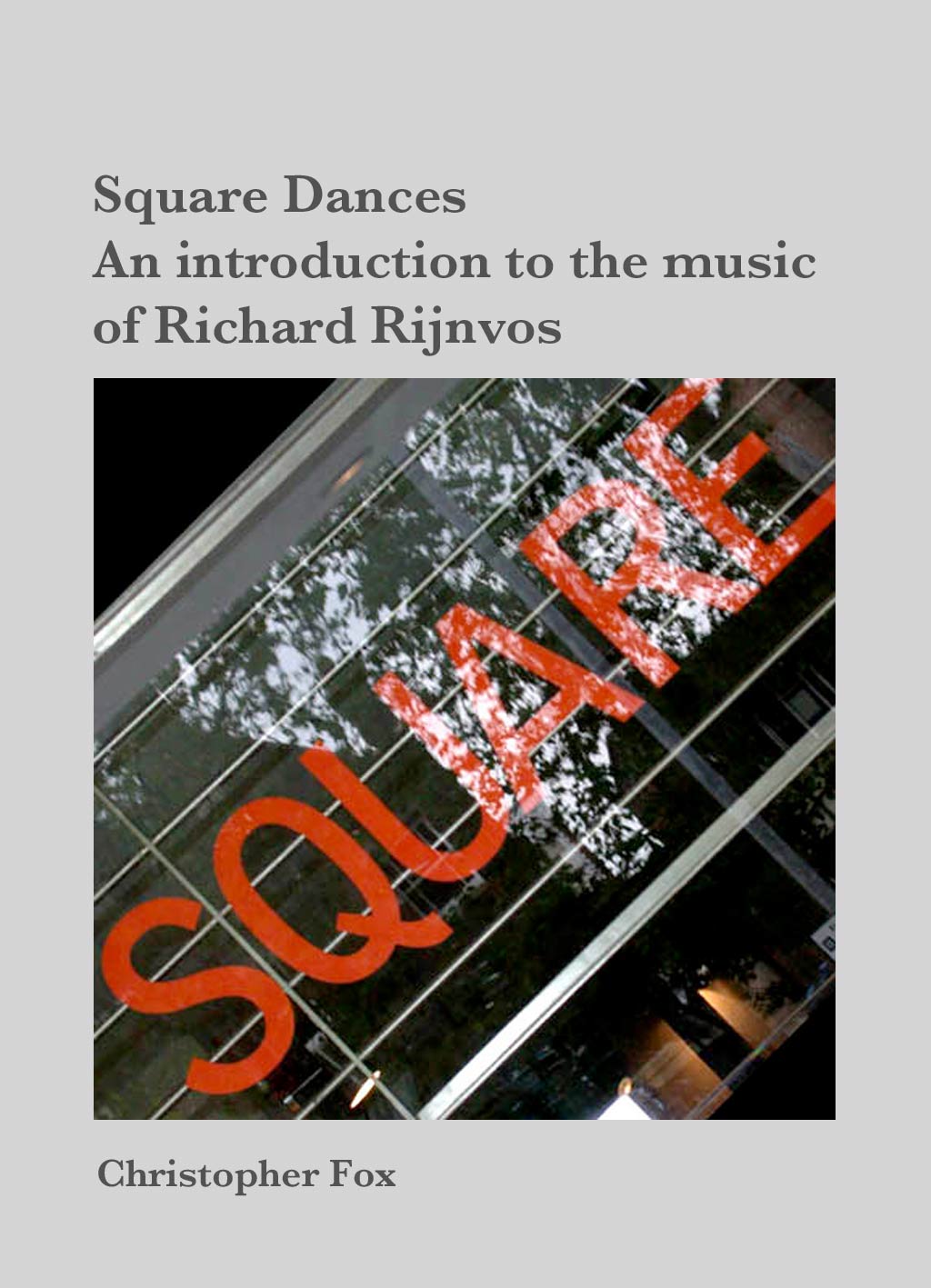 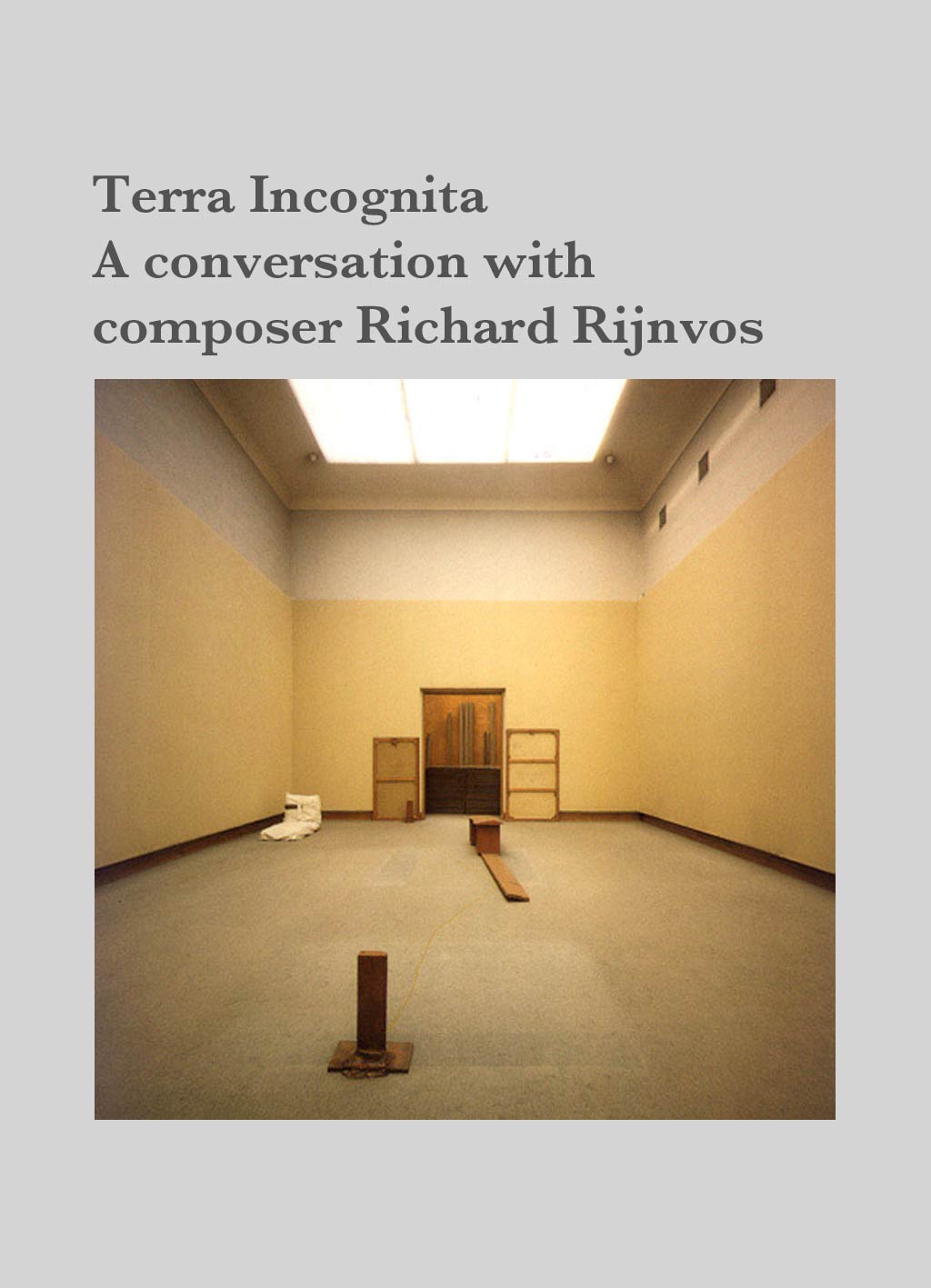 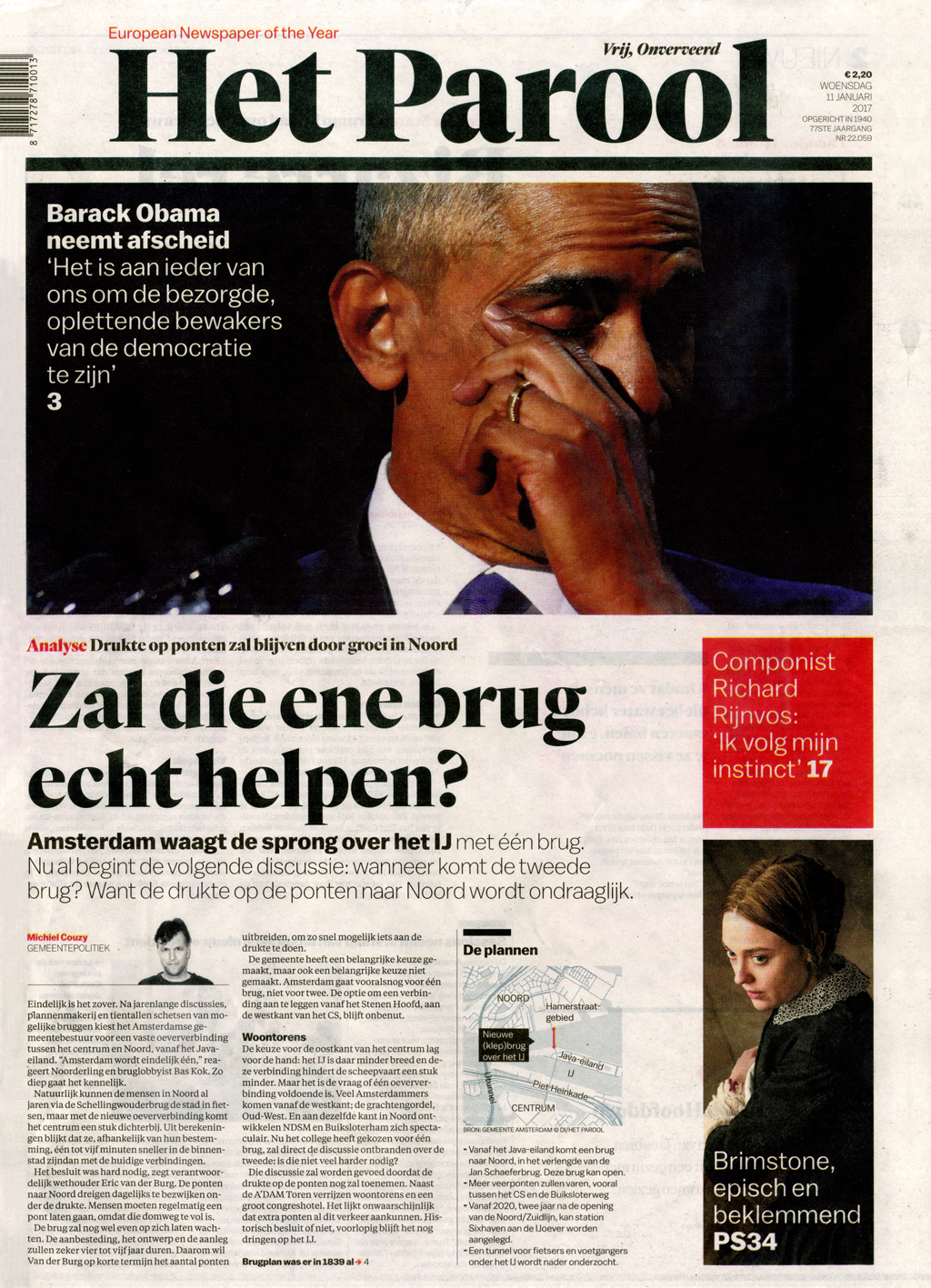 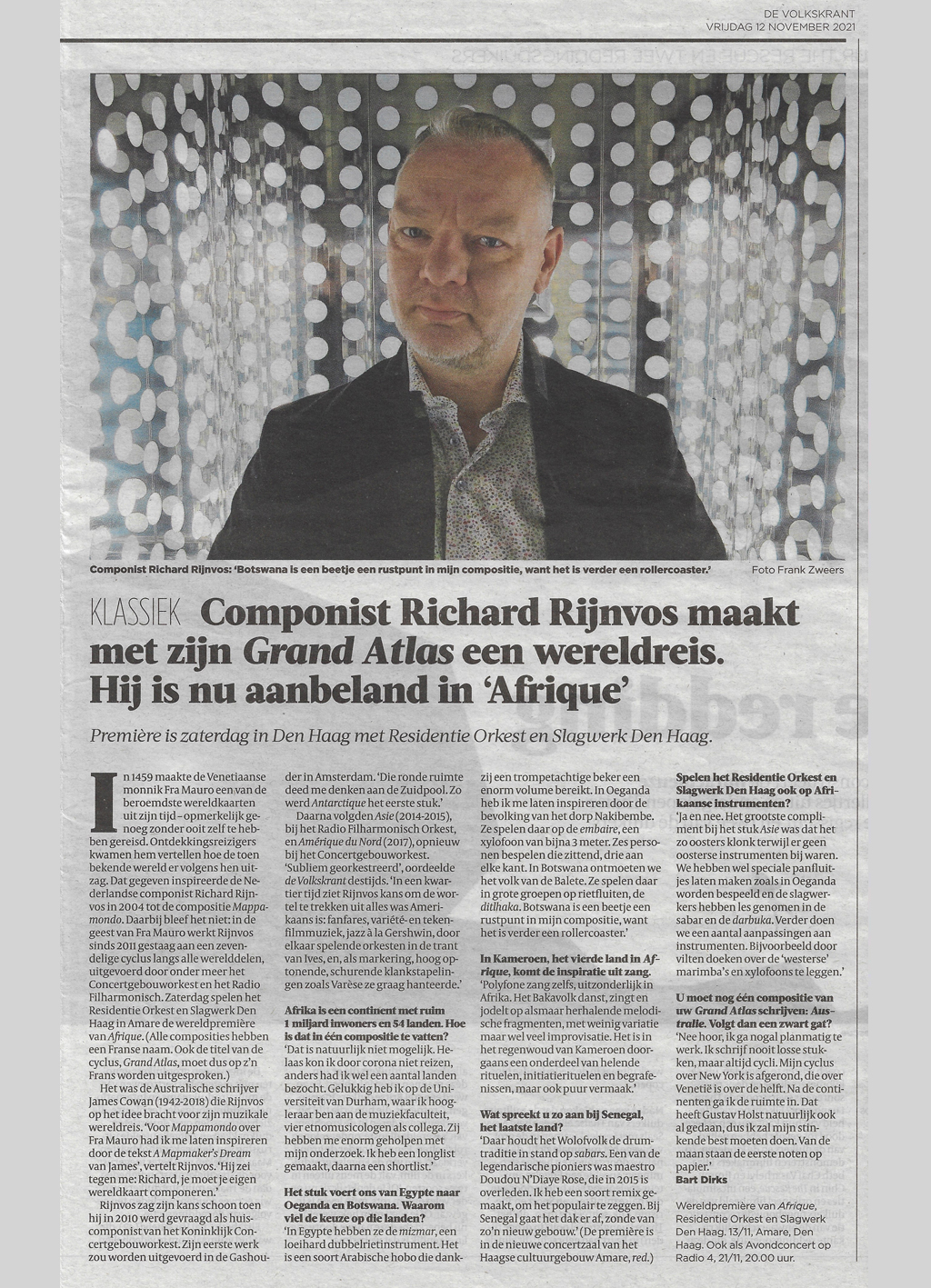 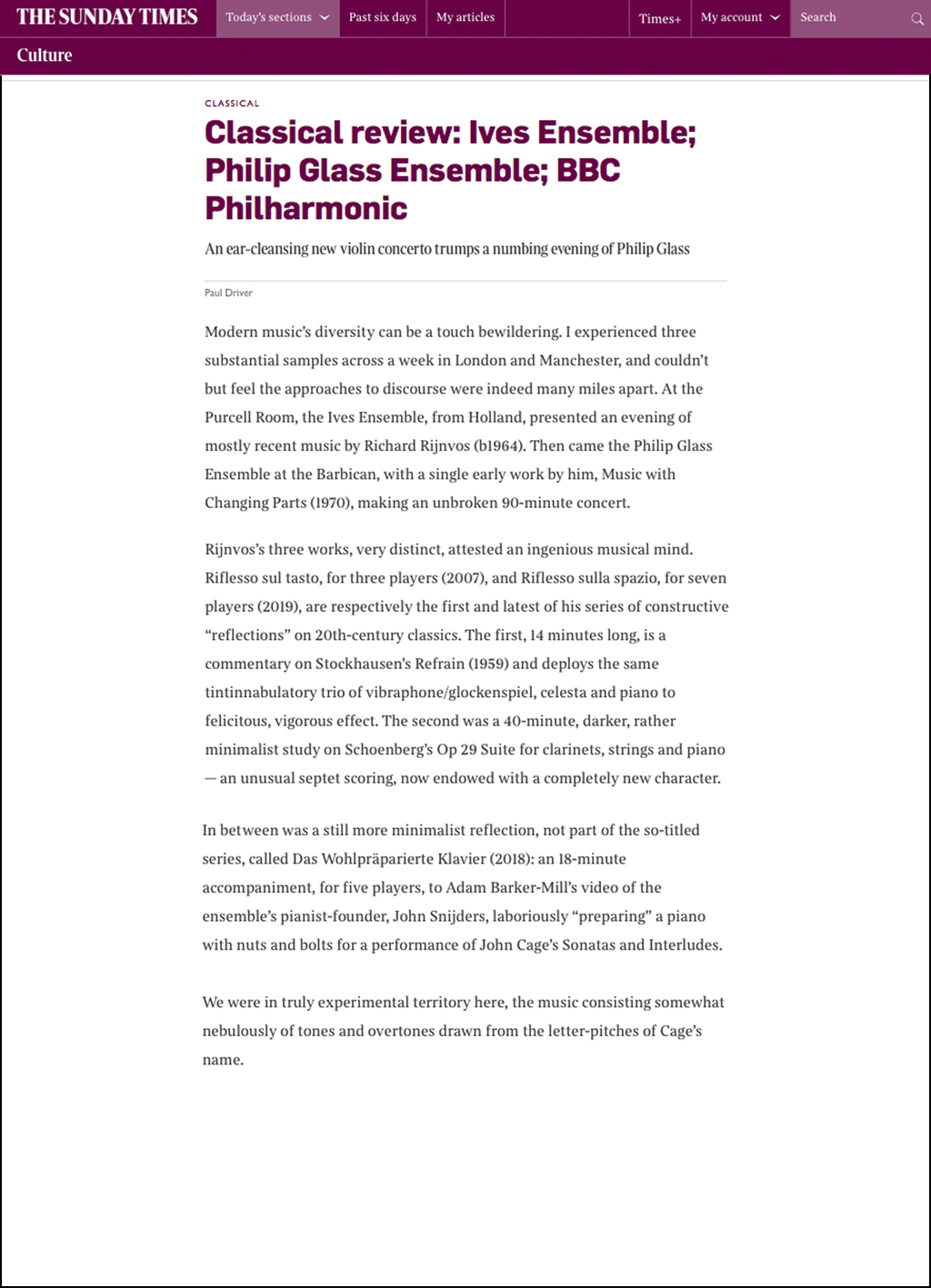 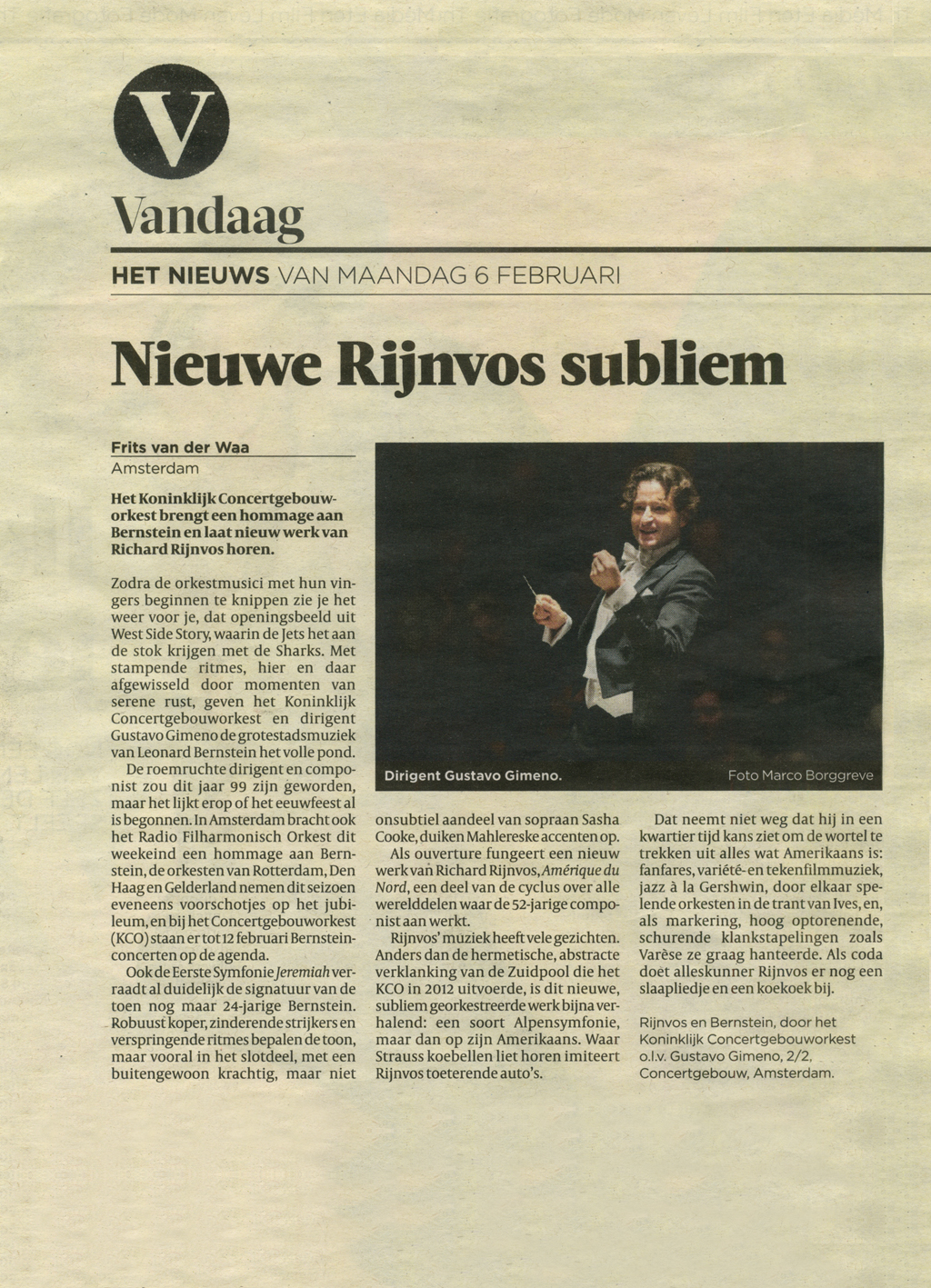