It is January 1924 and George Gershwin returns by train from Boston, having attended the premiere of his musical Sweet Little Devil. New themes slumber in his mind for a piece he is yet to write. Unconsciously they mingle with the rattling sound of the carriages. A mere three weeks is all he has for his contribution to the concert by the Paul Whiteman Orchestra. By the time his train thunders into Manhattan's Grand Central Station, the definite plot of his Rhapsody in Blue unfolds.

Grand Central Dance is the first part of Uptown|Downtown, an urban panorama in six movements, which is thought of as an evening-long dance production about city life in Manhattan.


[...] Serving as main course, as well as breathtaking finale, was Rijnvos's NYConcerto. The piano concerto in three movements is part of an evening-long New York cycle which has six movements in total. This promises to turn into quite something, as the amount of notes that were being jet-sprayed into the hall within thirty-five minutes was already overwhelming. [...]


[...] In his intelligent way of quoting Rijnvos proves himself heir to Stravinsky. Gershwin, Ives, Monk: they all pass by, yet it is the composer himself who is clearly in control of the restlessly roaring urban vision. [...] 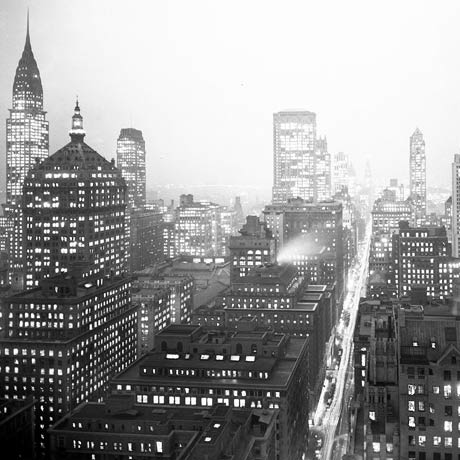