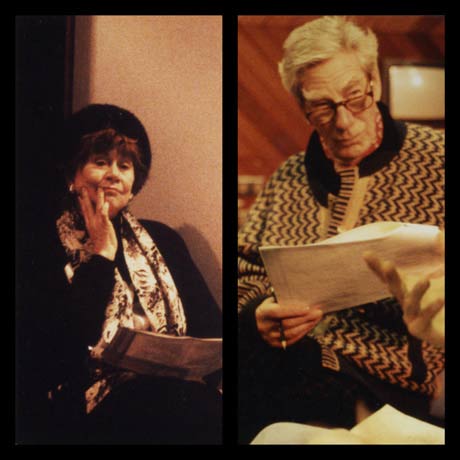 Samuel Beckett wrote six radio plays, one of which was never produced during his life. Originally written in French and first published as Esquisse Radiophonique (1961), it was translated into English by the author and in this version it was published as Sketch for Radio Play (1976), as Rough for Radio I (1984) and simply as Radio I (1977).

The play is divided in two scenes. Scene one consists of a dialogue between he and she, who has come to visit him. The purpose of her visit is to listen to music and voice, two enigmatic sounds which are he's only company. These sounds, he asserts, are there all the time and can be listened to at the switch of two buttons. Neither music nor voice is visible and they are very faint. They may be fused together, but they are not together and they cannot see not hear each other. He has developed a need for them, a need incomprehensible to other people. She leaves him: “to your needs".